Thursday, Dec 7 | What are we waiting for? 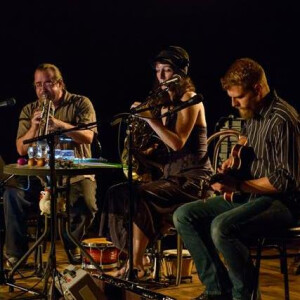 About the author: Tim and his wife Heather have been involved at ZPC for a number of years. They have one daughter in high school and one daughter in middle school. Tim serves as ZPC's facilities manager and when he's not working at ZPC you might find him performing as a musician in local venues (see picture).

For unto us a child is born, to us a son is given, and the government will be on his shoulders. And he will be called Wonderful Counselor, Mighty God, Everlasting Father, Prince of Peace. Of the increase of his government and peace there will be no end. He will reign on David’s throne and over his Kingdom, establishing and upholding it with justice and righteousness from that time on and forever. The zeal of the Lord Almighty will accomplish this.

What are you waiting for? What future do you see for yourself, your family, your career? The nation of Israel was waiting for God to fulfill his promise of a deliverer, someone who would remove a secular government from their lives, vanquish their enemies, and place them in their rightful place in the world. They had built a paradigm of what this deliverer would look like, but they were 180 degrees off! They were waiting for a powerful military leader to carry the day. While waiting, they built specific expectations and prepared themselves (heart and mind) for what this deliverer would do. In anticipating a military leader, they removed themselves from a focus on sharing the love of the God who is Love. Theirs was an attitude of being the “spiritual elite” instead of recognizing the fact that they were an undeservedly blessed people.

The Israelites were waiting for power, might, and even vengeance. Instead, when the Savior arrived, they found humility in the form of an infant, love in the form of Christ’s open arms, and grace in the form of the King of Kings sacrificing everything on the cross for our sake.

What are we waiting for? In working toward our goals, are we aware that God is always bending our work toward where he wants us to be? Are we ready to have our lives changed in unexpected ways? Have we truly placed our futures in the hands of our Savior?

Write down a goal or dream that is important to you. Under this goal or dream write down how Christ might turn this on its head and take you on an unexpected path. Next, write down how you hope you would react to such a change. Finally, ask the King of Kings to help you be ready when he guides you down a road you never expected, and to embrace it knowing that he is with you always.

In your precious name,

Wednesday, Dec 6 | A time of waiting 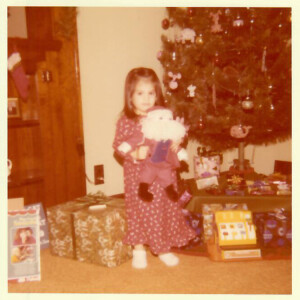 About the author: Jenni and her husband Scott have been ZPCers for  more than 13 years. They have a high school aged daughter, a son in middle school and twin boys, who are in 1st grade. Jenni volunteers in the ZPC office and also coordinates the Shepherd Tote ministry.

And in the same region there were shepherds out in the field, keeping watch over their flock by night. And an angel of the Lord appeared to them, and the glory of the Lord shone around them, and they were filled with great fear. And the angel said to them, “Fear not, for behold, I bring you good news of great joy that will be for all the people. For unto you is born this day in the city of David a Savior, who is Christ the Lord. And this will be a sign for you: you will find a baby wrapped in swaddling cloths and lying in a manger.” And suddenly there was with the angel a multitude of the heavenly host praising God and saying,

“Glory to God in the highest, and on earth peace among those with whom he is pleased!” (Luke 2:8-14 ESV)

The season of Advent is all about waiting and expectation. It reminds us of the Israelites waiting for thousands of years for their promised king to arrive. It reminds us of Mary and Joseph’s waiting several months for Jesus’ foretold birth. And it reminds us of how we are waiting on Jesus’ glorious return, at which point God’s kingdom will be restored and there will be no more sin or suffering.

In Luke 2: 8-14, God announces Christ’s long-awaited birth via an angel sent to a few lowly shepherds. Until the angel appeared to them, these shepherds—social and religious outcasts—may not have even known that they were “waiting” on a savior. We aren’t told whether the shepherds were Jewish or Gentile, whether they believed in our God or in any god at all. Thought to be “unclean” due to their work with dirty animals, they were banned from temple worship. Considered untrustworthy, they were unable to testify in a court of law. Lumped in with the tax collectors and prostitutes of their time, they were shunned by even the non-religious of society. The shepherds in this story likely felt hopeless and stuck. They were simply going about their daily business of herding sheep when their lives were forever changed by an angel’s announcement of “great joy that will be for all the people,” a savior “who is Christ the Lord.”

Isn’t it interesting, and oh-so Jesus-like, that the first people we know of (outside of Mary and Joseph) to learn about Christ’s birth were social/religious outcasts? And how ironic that, up until that moment, they may never have even realized they’d been waiting on or needed a savior? They were just going about their business, having conceded themselves to the fact that their lives on Earth were as good as they were going to get, when they were invited to personally meet for themselves the One who would save us ALL from our suffering! Did these shepherds return from seeing Jesus to new and improved lives, better jobs, more friends, and/or religious status? Likely not. But we learn in Luke 2:20 that they returned “glorifying and praising God for all the things they had heard and seen...”.

This Advent season, as we find ourselves frustrated with the commercialism of Christmas, spending a little too much time with family members, coworkers, or others who may not realize or may have forgotten they need a Savior, or thinking things can’t or won’t get any better for us or for others, let’s remember: the same Jesus who revealed himself to those lowly shepherds over 2,000 years ago will return in all his glory to restore God’s perfect kingdom. Praise God!

Heavenly Father,
We thank you for this time of Advent. We acknowledge that—as we’re immersed in the hustle and bustle of Christmas preparations—we often hurry right through the Advent season, making Christmastime more about the giving of gifts and time spent with family than about acknowledging the importance of your son’s birth. We thank you for revealing yourself to even the lowliest of us and to those of us who may not know, or sometimes forget, that we need a Savior. Help us to live more like your son as we wait for his glorious return.

In Your Son’s Name,

Posted by Jenni Nolan with