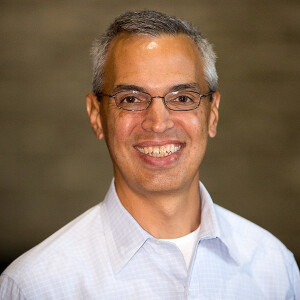 About the author: Scott Shelton is ZPC's associate pastor of discipleship. He and his wife Claire have been at ZPC for 24 years! They have a son in college; a daughter, who is a high school senior; and twin sons, who are high school freshman.

He was in the world, and the world came into being through him; yet the world did not know him. He came to what was his own, and his own people did not accept him. But to all who received him, who believed in his name, he gave power to become children of God, who were born, not of blood or of the will of the flesh or of the will of man, but of God.

And the Word became flesh and lived among us, and we have seen his glory, the glory as of a father’s only son, full of grace and truth.

John’s gospel is different from the other three. John really makes you think about the words he chooses and the way he says things (not that Matthew, Mark and Luke don’t, but John is just different!). John chapter one has become a passage that is read as an Advent reading, although that wasn’t John’s intent. John 1 touches on many themes that we remember at Christmas, like beginning, children, light, and God being with us.

John starts his gospel, “In the beginning…”  It sounds like Genesis 1,
right? Jesus was there at the beginning of it all, is that true? Yes. Jesus is God – the Christ – and with God - he is the Word – and is God.  He was there at creation! Jesus is also light. In a world full of darkness, even the dark night in Bethlehem, Jesus is light. Even in the darkness we see today in our world, where we long for a Savior from darkness, Jesus is light. He was the “true light coming into the world.”  (John 1:9) And just as Jesus was once a child, a babe, he gives us the right to become children of God, born of God. What do we have to do to be called children of God?  We simply have to receive him and believe in his name (John 1:12).

And at Christmas, we celebrate that God is with us – Emmanuel.  John says it again in a way that makes us think: “The Word became flesh, and made his dwelling among us.”  Wait – what?  Jesus is the ultimate Word – the spoken Word of God – who became a human – to be like us – to love us – to die for us – that we might live. When we have doubts, darkness, or despair – Jesus is light, hope, and love.  So read John 1:1-14 this week – and remember that Jesus is light, Jesus is the Word, and that God is with us – because Jesus is God!

We don’t actually open up the Bible and read like we used to do.  We might just look it up on our phone or tablet, or maybe just don’t read very much at all. This week, take time as an individual or with your family at breakfast or dinner or before bed, to open up a physical Bible and read John 1:1-14.  Say: Jesus is the Word, Jesus became flesh as a baby, Jesus is the light of the world, and Jesus is Savior. Which of these images of Jesus stands out most to you?

Thank you God that you speak to us. A long time ago, it was through your prophets like Isaiah or Moses, but most of all you speak through Jesus.  He is the living Word – who became flesh. Jesus, thank you for coming to the world that we might live because of your sacrifice.  Help us this month to reflect your light in some old way or new way, because you are the Light of the world, sent to the world to be God with us.

In Jesus’ name we pray,

Posted by Scott Shelton with
(Login/Register to leave a comment)