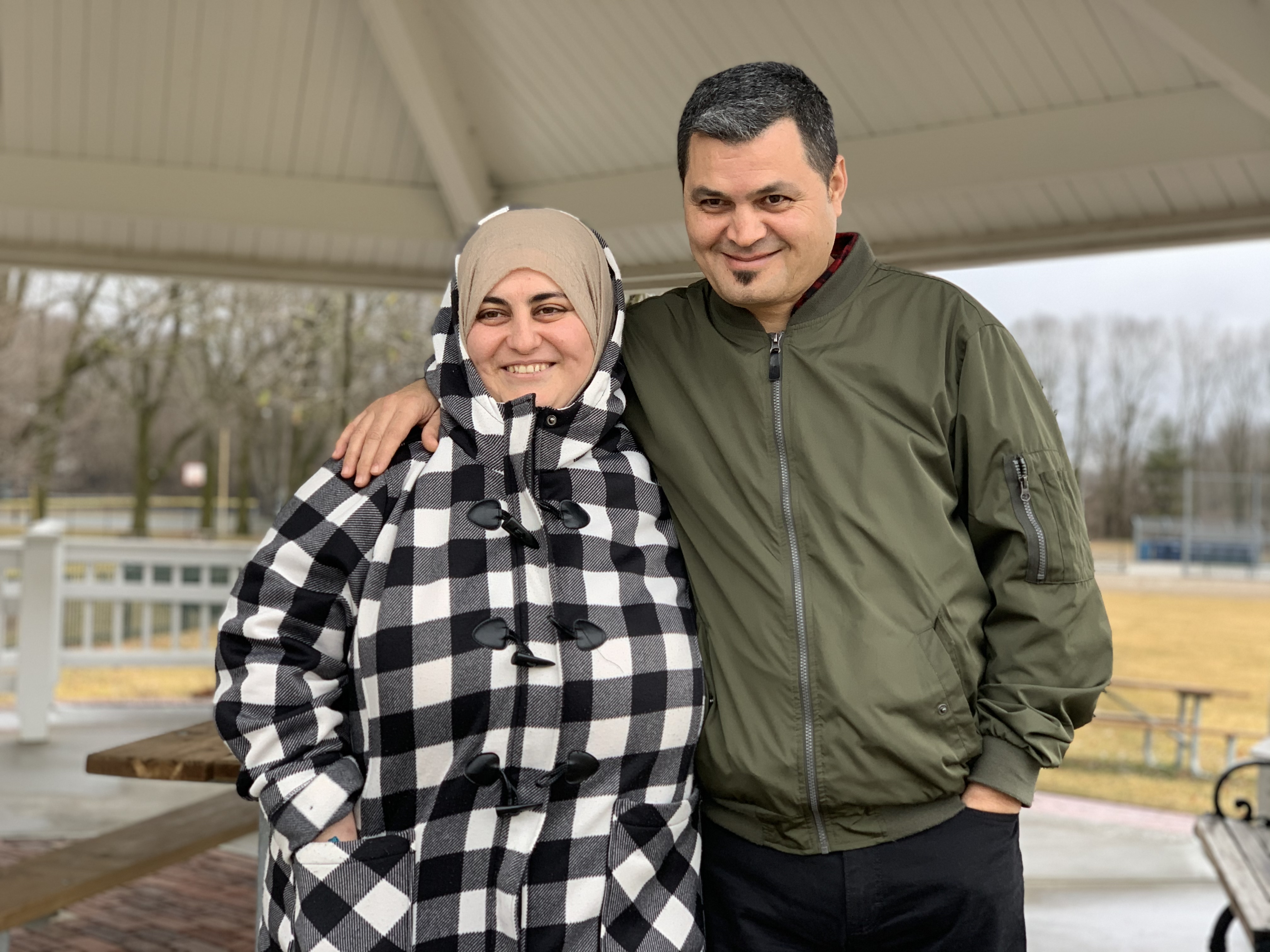 Applicant Homeowners, Mohamad and Nisreen, will move to Lebanon with their five children this summer. They had a happy life in Aleppo, Syria. Mohamad was a cobbler, with his store in the space below their home, and Nisreen was busy raising their three children. The bombing in their neighborhood was fierce, destructive, and very unexpected. They lost everything they had worked so hard for and were forced to flee the country on foot with just a few clothes in bags. Mohamad’s mother had severe heart problems, so he lovingly carried her on his back many miles to the Turkish Border. At one point in their journey to safety, they had to walk for four hours on a 2-3-foot-wide path with deadly landmines on either side and their small children in tow. They arrived at the home of a relative’s house close to the border where they rested for three days. After crossing the Turkish border, they stayed with many others from their town – 18 – in a small room. They were all looking to start their lives over in this new country. Mohamad found a job as caretaker and eventually found a small house to rent. After settling into their new life, they applied through the United Nations for refugee status to come to the United States. After five years, they were on a plane to the US – having added two children to their family. They arrived in Indianapolis and were set up in an apartment. The older children were enrolled in school in their newcomer class to learn English. For the past three years, Nisreen has worked as an order packer at a local warehouse and Mohamad is navigating virtual schooling with their five children. They applied with Habitat for Humanity of Boone County with the dream of home ownership and a forever home. Their Habitat for Humanity of Boone County house will be the 2021 Faith Build and will be built this summer in Lebanon, Indiana. 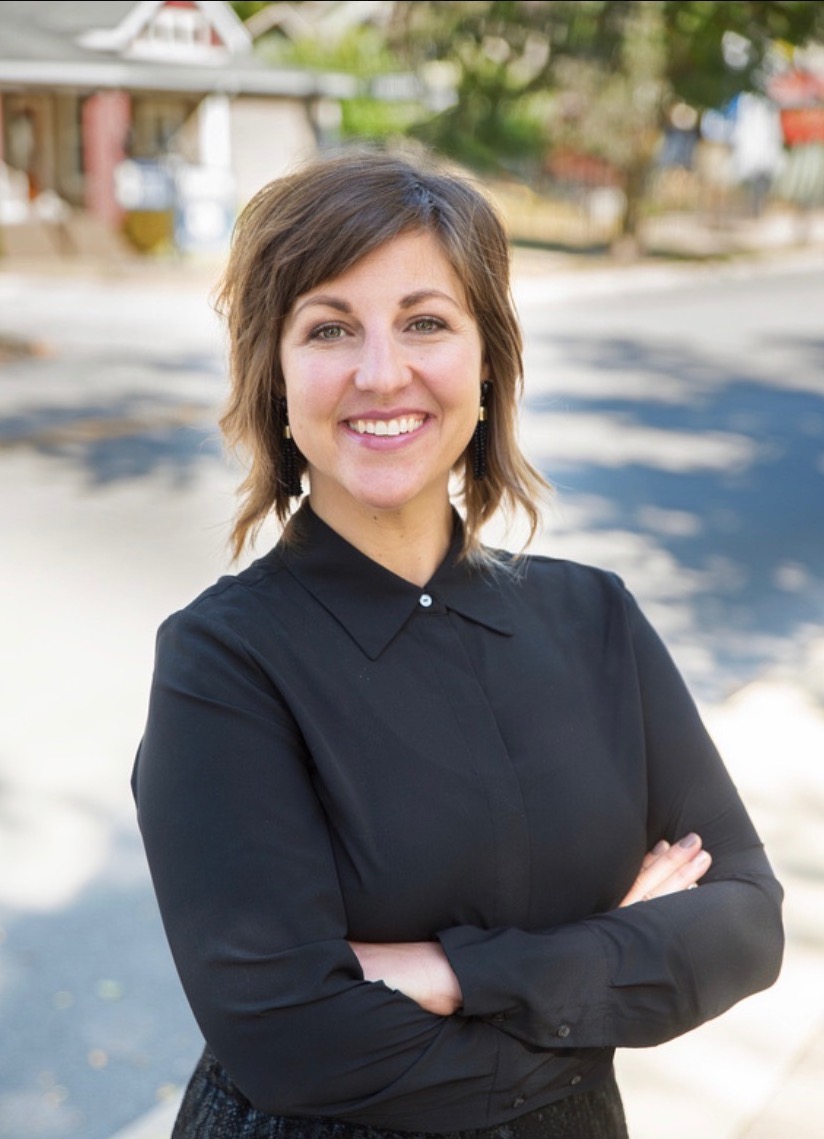 About the author: Megan is wife to Jerry and mom to Shauny, Adelie, Wynnie, and Liesel. When she’s not brokering real estate transactions, she loves coffee, puzzles, new shoes, reading, traveling, and, much to her husband’s chagrin, listening to podcasts, which infiltrate most of my conversations.

But on the first day of the week, at early dawn, they came to the tomb, taking the spices that they had prepared. They found the stone rolled away from the tomb, but when they went in, they did not find the body. While they were perplexed about this, suddenly two men in dazzling clothes stood beside them. The women were terrified and bowed their faces to the ground, but the men said to them, “Why do you look for the living among the dead? He is not here, but has risen. Remember how he told you, while he was still in Galilee, that the Son of Man must be handed over to sinners, and be crucified and on the third day rise again.” Then they remembered his words, and returning from the tomb, they told all this to the eleven and to all the rest. Now it was Mary Magdalene, Joanna, Mary the mother of James, and the other women with them who told this to the apostles. But these words seemed to them an idle tale, and they did not believe them. But Peter got up and ran to the tomb; stooping and looking in, he saw the linen cloths by themselves; then he went home, amazed at what had happened. –Luke 24: 1-12

At Christmas we gave our girls the most elaborate, expensive gift we have ever given them: a Nintendo Switch. Neither Jerry nor I are much into video games, but we both have fond memories of our childhood consoles; I had the original Nintendo and Jerry had an Atari. It turns out a lot has changed in 35 years since Pong and Duck Hunt were released, so buying this Switch for our kids took more skill than we could muster making it necessary to consult with our 20 year-old nephew, Jake, in order to figure out what was what. Did we need 2 controllers? Or maybe we needed 4? What about the extra charger thing? Was the Animal Crossing version worth spending the extra money on?

After all that narrowing-down and deciphering, we then had to figure out which retailer still had stock of the Switch. It took two different sellers on Amazon and the buy-now-pick-up-later option at Target, but we were finally able to get everything needed. It was a lot of effort to finally get it under the tree, but worth it to us as we anticipated the girls’ joy when they realized their biggest Christmas wish had come true! When the day came and they opened it up, they squealed with delight…but not surprise. Apparently, they had expected this gift was coming and they presented Jerry and me with the list of clues they’d compiled as evidence. 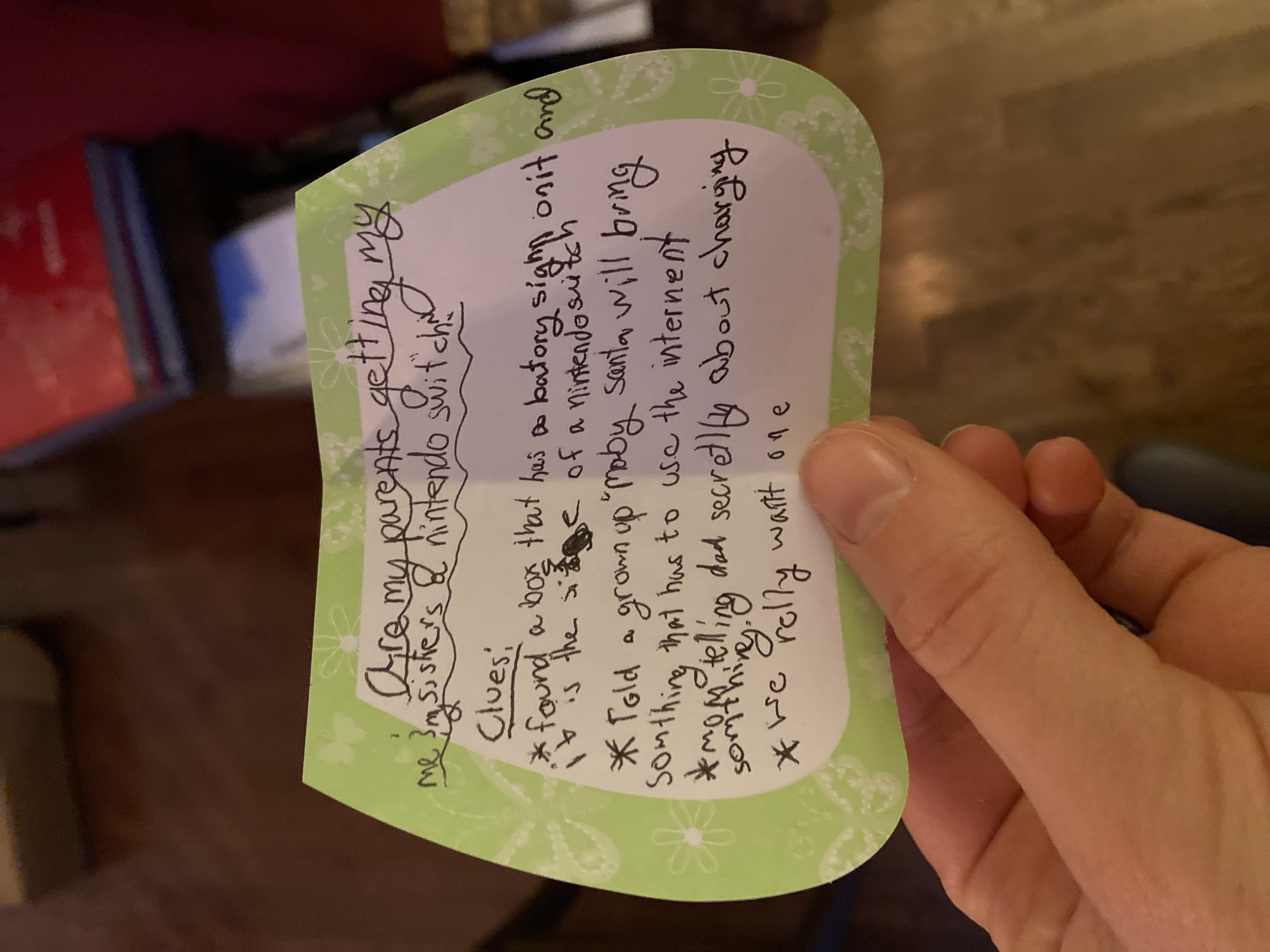 We had some mixed emotions about this revelation. Certainly, all of their intelligence gathering proved they were excited about the hope of receiving this gift, but the element of surprise was all but eliminated. They were basically on to us the whole time!

Looking at this passage, knowing what we know about Jesus’ ministry, we can certainly empathize with the two men in dazzling clothes who seem genuinely surprised at the confusion the women display. The men make it very clear the women have no business even being at the tomb because, if they’d been listening to anything they’d been told, they’d know the actual plan. Oppositely from Jerry and me, Jesus had not been trying to keep this a surprise at all! Instead, he had been talking about it with his followers all along: betrayal, torture, death, burial, and, best of all, resurrection.

It seems from this passage that no one in Jesus’ inner circle anticipated the resurrection about which they’d been told over and over again! According to Barclay, the use of the term “idle tale” would have been a term to describe the babbling of a fevered and insane man. Even the account of the women who had first-hand interaction with the empty tomb was inconceivable and crazy-sounding to those closest to Jesus. Oh that they would have listened to Jesus with the same eager ears of a child looking for clues about the items on his or her Christmas list!

Of course I would never suggest the gift of salvation is the same as an earthly gift like a Nintendo Switch, but how much are we Christians actually anticipating the fulfillment of God’s good news in our lives? Are we training ourselves to look for resurrected spiritual life among dead things (rules or human effort) or are we listening to the testimonies of even the humble, powerless witnesses to the Spirit’s presence? Are we, like the disciples, expecting to see the empty tomb or the resurrected Lord? Is our Jesus defeated or is he victorious and active in our world? Is there nothing new to experience in our faith or are we running eagerly in Jesus’ direction in order to see what he is up to?

It is absolutely no surprise to me that throughout his ministry Jesus continued to point to little children as the way of the Kingdom. They are endlessly excited about most things, but especially about events with mystery and suspense. What could be more mysterious than a king who comes to save the world by suffering? What is more suspenseful than the promise to rise again after death? Those closest to Jesus should have been just as expectant as a Deck girl on Christmas Eve, but they missed it and now we have the opportunity to learn from their doubt. If everything you had planned seems in jeopardy or things are confusing or seem dark, look for clues of what God is up to and run towards it to see it for yourself. You could be like Adelie and write down these evidences to look back over when your own doubt bubbles up. Even better though, you could be like those faithful women who believed the Good News and declared it to a desperate world in need of hope that Jesus is not dead, but alive!

Heavenly Father,
Forgive us for all the times we have forgotten your promises to us or have been blind to your holy ways. Thank you for Easter which reminds us that you never forsake us and your will is perfect. May your Spirit continually urge us on to look for you no matter what our circumstances look like, and may we declare those hints of hope to those in desperate need.
Amen.

Posted by Megan Deck with