More and more I kept asking myself, "is this show really on ABC Family?"  It seemed to me like the shows were increasing in the lack of morality, geared towards an older clientele, and growing in sexual content.  I later saw a commercial that ABC Family was changing their name.  The new name - Freeform.

As the article below states, this isn't just a subtle change.  Instead, it's the culmination of years and years of slowly drifting away from a solid foundation to a fluid place where anyone can be anything and do anything they want.  What's crazy to think about is the fact that at one time, this channel was called, The Christian Broadcasting Network’s, "The Family Channel."  For a deeper explanation on how and why this change took place in January, check out the article.

Discussion questions with MS students: Do you watch this channel? What shows do you or your friends watch on here? Do you think they're ethical? What change have you seen a change in the programming?

Posted by Calvin Bryant with 1 Comments
June 5, 2016
in Weekly Wisdom 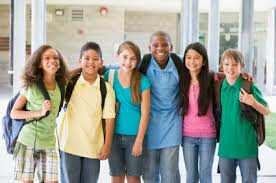 At every ministry event we put on here at ZPC, it seems like the first question people ask is, "who's going?"  That's because as human beings and people created for relationships, we have a natural desire to be around people we connect with (yes, even introverts).  And this is no different than our students.

Take a look at the article for more insight as to how your student's social life can be affecting their physical health.

Discussion questions with MS students: Do you feel like you have a group of friends you can rely on? What would you do without them? Do you think they have an impact on your physical health? Do you think of yourself as a "social" person?

Posted by Calvin Bryant with