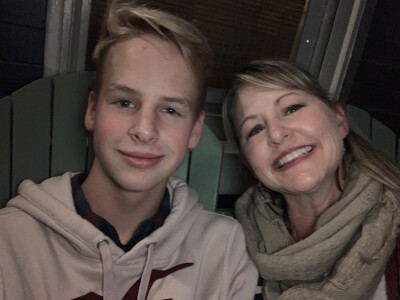 About this post: This blog post is part of a series of daily devotionals where we are exploring Jesus' life through the book of John. To sign up to receive text notification of these posts, text zpcdevo to 39970. We welcome your comments and questions each day.

About the author: My name is Sally Bias. I have been set apart to serve God at ZPC as the director of communications. He has also called me to be a mom to daughters Carly and Celia, who are at IU, and to son Carter, who is a freshman in high school. Carter and I are both getting used to him being an only child 80% of the time. I am left-handed, have eclectic music tastes, and am a fan of sour cream and the Oxford comma.

As we’ve been going through the book of John this Advent season, it has been interesting to consider Christmas in light of the events leading up to Easter. Today’s scripture opens with Jesus reflecting on his responsibility to God and to humankind because he knows he is approaching his death.

Just before the Passover Feast, Jesus knew that the time had come to leave this world to go to the Father. Having loved his dear companions, he continued to love them right to the end. The evening meal was in progress, and the devil had already prompted Judas, the son of Simon Iscariot, to betray Jesus. Jesus knew that the Father had put all things under his power, and that he had come from God and was returning to God; so he got up from the meal, took off his outer clothing, and wrapped a towel around his waist. After that, he poured water into a basin and began to wash his disciples’ feet, drying them with the towel that was wrapped around him.
John 13:1-5, Msg

In this passage, I see the love Jesus has for his disciples in a very practical way…the act of washing their feet. As Jesus is getting started, he and Peter dialogue about why Jesus is washing their feet. Peter always seems to be trying so hard, but, as he often does, misunderstands Jesus' intentions. He first tells Jesus that he will never allow Jesus to wash his feet. Then quickly moves on to asking Jesus to wash not only his feet, but his hands and head as well. In response to Peter's request, Jesus tells Peter that he is “concerned with holiness, not hygiene” (John 13:10, Msg). Eugene Peterson’s translation of this verse made me laugh and also caused me to stop and think. To me, holiness means something set apart and hygiene means cleanliness or appearance of the physical body.

Of course Jesus, who has come straight from God and is the epitome of holiness, would be more concerned about our souls than our soles (see what I did there?) And as I began to consider further, I realized that God shows us throughout the Bible that he too is more concerned with holiness than hygiene.

Abraham and his wife Sarah were a couple set apart by God. He promised to make Abraham the father of a great nation, but to human eyes they appeared to be an old, childless couple.

David was a man set apart by God to serve as king. He was described as a man after God’s own heart, but to human eyes he was a murderer and adulterer.

Mary was a woman set apart by God to carry his one and only son, but to human eyes she appeared to be pregnant and not married.

Jesus came to Earth as a baby, set apart by God from the beginning to be the savior of the world. Yet to human eyes he appeared to be just another baby born in a stable into a messy and broken world.

In washing his disciples’ feet, it might appear that Jesus is concerned with their cleanliness, when, in fact, he is actually setting them apart for a great, but simple mission. He says to them:

“Let me give you a new command: Love one another. In the same way I loved you, you love one another. This is how everyone will recognize that you are my disciples—when they see the love you have for each other.”
John 13:34-35, Msg

This season of waiting is a great time to ponder what God has set you apart for. Are you living into his legacy of holiness? Or are you more caught up in the hygiene of day-to-day living?

Dear Jesus,
You are holy and worthy of all our praise. Thank you for loving us. Help us to love one another as you have loved us.
Amen.

The why of the Bible 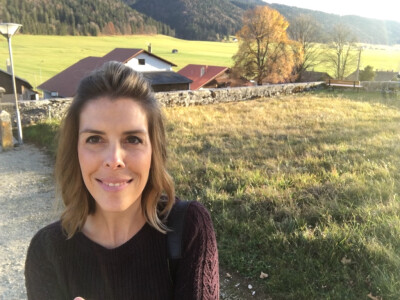 About this post: This blog post is part of a series of daily devotionals where we are exploring Jesus' life through the book of John. To sign up to receive text notification of these posts, text zpcdevo to 39970. We welcome your comments and questions each day.

About the author: Hey! This is Kim Wallgren here. Jake and I have been thankful members of ZPC for over ten years. Our four children, Averie, Hazel, Dallas and Lyle are well loved by the beautiful people at ZPC who nurture and support them.

There’s nothing like being asked to write a devotional about a jam-packed chapter of the Bible and not knowing where to start. Literally and figuratively, John 12 is all over the place. From arriving at Bethany and dining with friends (one having just been raised from the dead!), to Judas earning zero likability points, to the Jesus riding into Jerusalem on a donkey bit, to Jesus talking to God and God talking back, to Jesus giving an ultimate story recap and, major spoiler alert, John 12 doesn’t leave any reader without fascination, curiosity, and a thirst for more.

Even with all of that, I can’t get past the first two verses. The scripture I have chosen to focus on for this devotional is John 12:1-2 (sorry, John 12:3-50). The opening attention grabber worked and I’ll be parked here for a while. There are two things in these verses that really resonated with me as a student of Christ.

John 12:1-2: Six Days before the Passover, Jesus arrived at Bethany, where Lazarus lived, whom Jesus had raised from the dead. Here a dinner was given in Jesus’ honor. Martha served, while Lazarus was among those at the table with him.

John 11 was super emotional and things were really starting to get intense. Angry leaders were plotting to kill Jesus. Six days after Jesus raises his friend from the dead, he goes to dine with him. The author makes sure to note the details of the where and when, and then there was the who–Lazarus. I find it very interesting that we get this recap in John 12, as if we could have forgotten that important cliff note from the previous chapter! The more I sit with this, the more I feel it isn’t as much of a reminder to the reader as it is an example of a spiritual practice for us followers. Bringing your four-day-dead friend back to life is next level. I would say miracle work yes, but miracle work on steroids, for sure. It is important for us to really call it out and give it space because what is coming next, the miracle of Jesus and his death and resurrection, is soon to follow. These miracles helped the people then, and us now, to build our trust and understanding of who Jesus is. What if we started dialog like John does in our own hearts? How could we change if we begin by reminding each other all that God has done for us? I can just see Jake and I sitting in the living room by the fire during a contemplative hour and saying, “remember that time God delivered us from that spiritual dessert we were in during our early marriage, remember when he picked us up and moved us to Indy, remember when our friend invited us back into a relationship with the church, remember when he healed our baby that was born black and blue, remember when he helped me during an anxious season, remember when we proclaimed that we trust his promises?"

When we voice all of these provisions and mercies, even if they just happened months or years ago, it creates a way for us to prepare for the next prayer to be possible. The burdens of life feel so impossible sometimes. However, when we remind each other of the ways of God, how he has been present and good, we find springs of hope in the driest of hearts. Sometimes we just have to give those acts of faithfulness a voice before our eyes are opened to the rest of the story.

The next part that I want to draw attention to is how John takes the time to mention the what–the dinner. I absolutely cannot imagine this dinner conversation. Martha, Mary, and Lazarus have to be exuding joy on every level after all they have been through. Out of all that commotion and excitement, their best next step is to throw a dinner party in honor of Jesus. The unthinkable happens to this family and their response is to gather and dine. Are there even words for this type of situation? Can this practice be an example for us? This really resonated with me because recently we have had two very different situations where there really weren’t words to be spoken or an outcome to be desired, but rather an intense need to be together. In both situations, it was the only thing that made sense in our hearts. First, a friend’s illness and second, a friend’s brokenness. All that made sense to us at the time, was to gather and dine. Whether it is balm for a weary soul or an outlet for unimaginable appreciation and celebration, the two just might share a table. It appears when the unthinkable happens, coming together and sharing a meal can be the very best thing to do.

Finally, there is the why of the story–God loves us. He cares for us; he provides for us; and he wants us to know and love him–a true unmistakable and unfathomable love.

That is the why of the entire bible, John 12 included.

Heavenly Father,
Help us to shout your praise, seek your will, and rely endlessly on your love for us.
Amen

Posted by Kim Wallgren with